It Takes a Village

A New Chapter of COVID-19 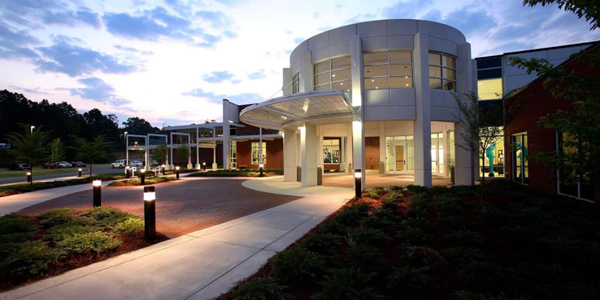 In March 2020, the Sandra and Leon Levine Jewish Community Center (LJCC) closed its doors to protect its staff and members from the spread of COVID-19. Gone were the days of the morning swim. No more meeting a friend for a quick workout. Forget casual conversations with new acquaintances on the grounds of Shalom Park. Instead, there was JConnect, a platform launched by the LJCC with virtual offerings and exercise classes to engage members during the pandemic.

After months of uncertainty, onsite operations began again – but only partially, in accordance with the CDC’s recommendations. Many LJCC members canceled or froze their memberships – which, coupled with minimal participation in programs like summer camp and swim lessons, resulted in significant lost revenue. During this time, LJCC leadership remained in constant communication with us, sharing the pandemic’s latest financial repercussions and discussing alternate reopening strategies.

Then, in October 2020, Charlotte Jewish News published an article disclosing the millions of dollars the LJCC was losing. The piece outlined staff layoffs, salary cuts, and benefit reductions. Even with a $100,000 contribution from the Jewish Charlotte Emergency Response Fund, there was still the possibility of entire LJCC departments and initiatives getting eliminated. This meant the potential end of initiatives like the Butterfly Project, OASIS, and Camp Soar – all projects that embody the spirit of Shalom Park. The article made one thing abundantly clear: it was imperative that the Charlotte Jewish community save the heart and soul of the LJCC.

Almost immediately after the story’s publication, our Board of Directors approved a grant challenge to the LJCC. Raise $500,000, and the Foundation would match it with another $500,000. The board asked the LJCC leadership team to be creative in its approach, broad in its appeal, and to give every member of the community a chance to participate. The final terms gave match credit for (1) cash donations, (2) members who restarted their membership after previously canceling or freezing, and (3) members who upgraded their monthly membership to a higher contribution level. If successful, this would generate an immediate cash infusion and better position the LJCC to sustain monthly revenue.

Over the next 88 days, the LJCC got to work. In a matter of weeks, Charlotte’s Jewish population met and exceeded the ambitious, million-dollar challenge, raising a total of $1,281,642 (including the $500k from the Foundation). This sum represents nearly 500 new and re-engaged donors and members: people who affirm the value of the LJCC and hope its programming continues throughout the pandemic and far into the future.

With permission, we’re sharing a few additional highlights from the LJCC campaign:

(or 91% of the total raised, sans matching dollars)

Peter Blair, CEO of the LJCC, remarked: “The generosity of The Leon Levine Foundation enabled us to galvanize the support of our entire community, focusing our community’s energy to ensure that we not only survived COVID-19, but that we are positioned to thrive for years to come.

[The Foundation] displayed the flexibility…to structure a campaign that was inclusive of all in our community, enabling the donors to participate in a variety of ways, allowing everyone to be a part of ensuring our agency’s health.”

As Peter reminds us, a challenge grant, when executed well, can become a catalyst for long-term sustainability. Judging by the momentum from this million-dollar marathon, the LJCC is positioned for even greater triumphs in the decades ahead.

The Leon Levine Foundation is proud to have partnered with the Sandra and Leon Levine Jewish Community Center. The Foundation’s total historical giving is over $4.9 million.