As 2020 draws to a close, we reflect on all that has unfolded with hope for what is to come. It is in this same spirit that The Leon Levine Foundation (TLLF) commemorates its 40th Anniversary. On December 22nd, 1980, Leon Levine established his second career: a profound pursuit of healthier, stronger, more vibrant communities across North and South Carolina. He launched our Foundation with the belief, as TLLF President Tom Lawrence recently noted, “That generosity begets generosity.” 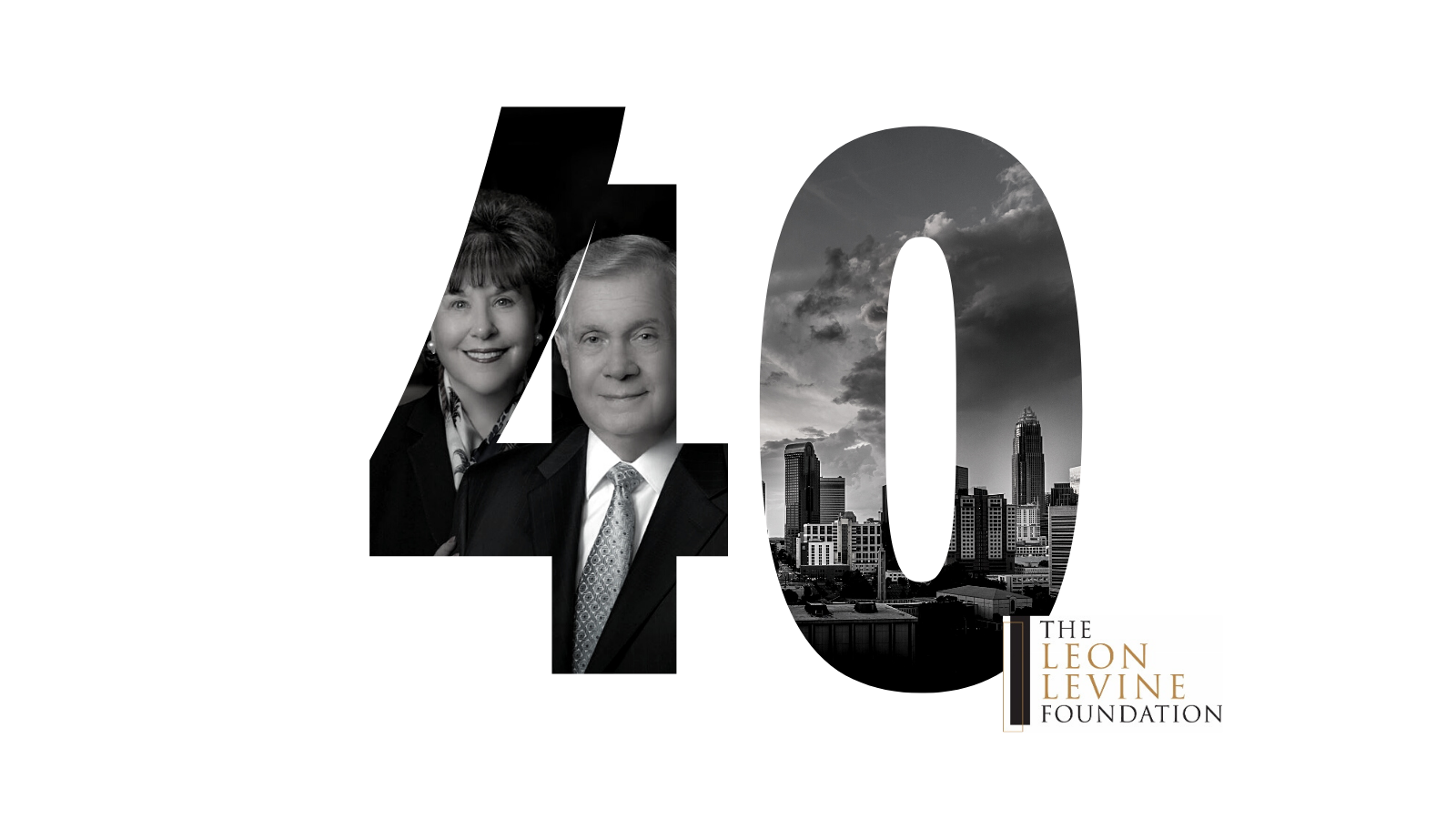 For forty years, TLLF has had the privilege of supporting nonprofits that are devoted to bettering our world. And we have seen these organizations prove – time and time again – that people are resilient. When faced with the unimaginable, individuals and families can, indeed, overcome. But they can’t do it alone.

Our philanthropic work affords us the opportunity to partner with remarkable institutions. Their unwavering commitment to excellence has left an indelible mark on us all. So, we asked our Board of Directors to speak to the value of TLLF’s legacy investments, which continue to define the Foundation’s impact.

First, we talked to our President about two key projects for Charlotte, NC. Of the Critical Needs Response Fund, Tom said:

“The Great Recession of 2008 was a defining period for Charlotte. Existing in a region defined by the very banks that were pushed to the brink of failure, the philanthropic safety net for Charlotte was at risk of disappearing. Fortunately, the Critical Needs Response Fund was created through a lead gift from TLLF and a partnership with dozens of other donors along with oversight by FFTC. CNRF provided millions to organizations which help to feed, clothe, shelter and keep warm those in Charlotte with the most desperate needs.”

Tom also spoke on TLLF’s support of the Levine Museum of the New South, explaining:

“Charlotte is a city of the New South and every community needs an educator and connector. That’s what Levine Museum of the New South does for Charlotte. This connection is needed today more than ever as the Museum links people of our community through history and culture by launching conversation and calling for action through an equitable and empathetic lens.” 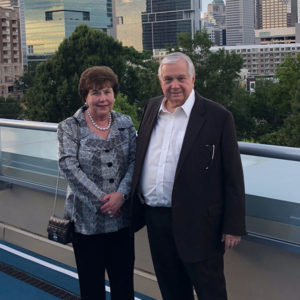 Larry Polsky discussed the importance of the Sandra and Leon Levine Jewish Community Center at Shalom Park. He shared:

“Over the years, The Leon Levine Foundation has been a major catalyst to the growth and success of Shalom Park. I’ve been told more than just a few times that Jewish families who are considering relocation ultimately decide to move to Charlotte because of the countless offerings of Shalom Park, especially at the Sandra and Leon Levine Jewish Community Center. How fortunate we are to be the recipients of Leon and Sandra’s unparalleled generosity.”

Next, we asked Dr. Mike Richardson what the Levine Scholars Program at UNC-Charlotte means to Mr. Levine. He observed:

“I think when Leon Levine sees each incoming class – smart, young, confident, talented, fun-loving, adventurous, willing to take risks – he seems himself. And that’s an investment in future leadership that he is willing to make.”

Finally, we heard from Michael Tarwater about the life-changing roles the Levine Children’s Hospital and Levine Cancer Institute have played in the stories of so many. He commented:

“My perspective might be a little bit different because I was on the outside. I was part of the organization trying to raise funds from TLLF to help with LCH and LCI. What I told Mr. Levine is that I was asking him to invest in something that could be the difference between good and great. I think that was and is still true. We had good children’s services and good cancer services. But we now have top-flight services in both of those arenas. There are very, very few reasons why anyone would have to travel for treatment. TLLF played a huge role in that.”

It is an honor to steward the philanthropic vision of Leon Levine. To all of our grantees: thank you. We couldn’t do this work without your steadfast service. Here’s to the next 40 years!